CLICK ON THIS INTERACTIVE MAP!  It’s interactive and loaded with helpful information.   Explore North Vancouver’s neighbourhoods, see market statistics, search the MLS for all homes, condos and townhouses for sale in the city.

If you are looking for North Vancouver Real Estate here are a few things to know about it.  The City of North Vancouver is a waterfront municipality on the north shore of Burrard Inlet, directly across from Vancouver, British Columbia. It is the smallest of the three North Shore municipalities and the most urbanized as well. Although it has significant industry of its own, including shipping, chemical production, and film production, the city is usually considered to be a suburb of Vancouver.

The city is served by the Royal Canadian Mounted Police, British Columbia Ambulance Service, and the North Vancouver City Fire Department.
You have amazing views of Stanley Park, the north shore bridges and the lights of Downtown Vancouver at night are spectacular.  You are minutes from three ski hills in the winter and to the ocean for boating and sailing in the summer.  There is everything you need on the north shore from parks and the world famous Capilano Suspension bridge and Treetop adventure walk.  Grouse Mountain, only 15 minutes from Downtown Vancouver has trails for the avid hiker since it was first climbed in 1894.  In 1949, the world’s first double chairlift was built for snow skiing. 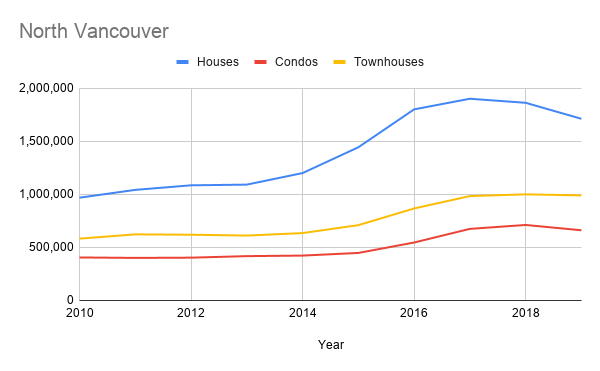