>Green space is not an issue in South Granville as residents have quick and easy access to many parks that are scattered throughout the area including Oak, Montgomery and Shannon Park. In addition, the neighbourhood is near some of the best golf courses in British Columbia. Queen Elizabeth Park and VanDusen Botanical Gardens are also located within a 5-10 minute drive.

South of Granville St and 67th Ave boasts one of Granville’s best commercial districts as it boasts many neighbourhood shops, restaurants, grocery stores, cafes, bakeries and professional services, as well as a liquor store.

Granville St is a major thoroughfare for many commuters travelling to downtown Vancouver. Cambie and Oak St are also north-south corridors that lead directly into the middle of the city. Transit users can catch buses that run along the east-west corridors such as 49th and 41st Ave as a way to get to the Canada Line for quick and easy access to downtown, Richmond or the airport.

The neighbourhood is mostly made up of detached homes. Condo and townhome sales have been limited since 2010. 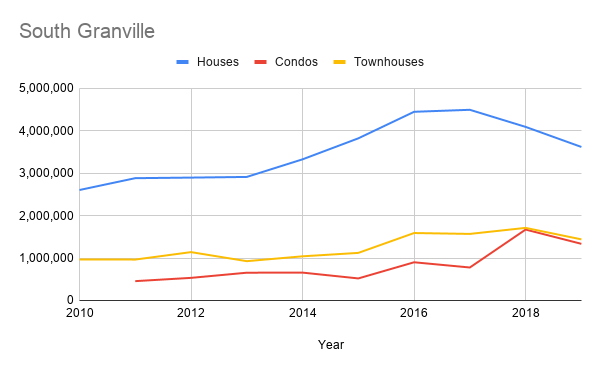