haughnessy is one of Vancouver’s most prestigious neighbourhoods and is where some of the wealthiest Vancouverites call home. The Crown Jewel of Vancouver extends from W 41st Ave to W 16th Ave and runs between Arbutus St and Oak St. Named for Thomas Shaughnessy, former president of the Canadian Pacific Railway, the neighbourhood features spectacularly designed estates, many with historical designations.

There are plenty of community centres and larger parks in the surrounding neighbourhoods, with easy access for Shaughnessy residents, as well as Angus Park, donated to the city by the CPR, and the Kerrisdale Running Track. It is also home to VanDusen Botanical Garden and the Bloedel Conservatory, which hosts the annual Festival of Lights.

Canuck Place, a hospice for children with life-threatening illnesses, can be found housed in one of Vancouver’s most elaborate mansions.

Schools in the Nearby Area

Shaughnessy is centrally located and only a 15-minute drive by car or bus to downtown Vancouver or to the Vancouver International Airport and the City of Richmond.

The area has long been known as the city’s premier residential subdivision. 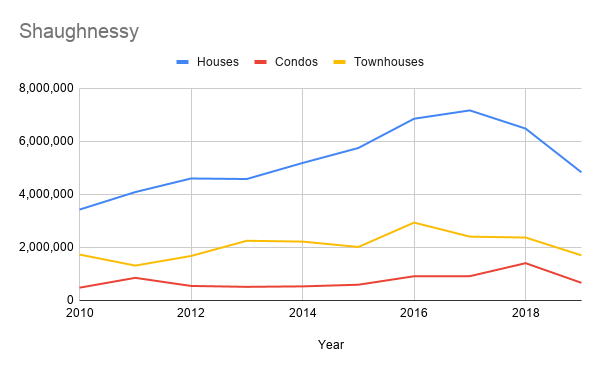