Willingdon Heights is a large residential neighbourhood between Burnaby’s western border to Vancouver and Willingdon Avenue, from Hastings Street in the north to Grant and Graveley streets in the south. The area is comprised largely of single family homes. Many have spectacular views of Vancouver’s skyline.

Willingdon Heights’ northern border is the lively, multicultural commercial district called the Heights, which runs along Hastings Street. Its diversity of independent shops, restaurants, cafés and services reflect the many nationalities of immigrants that settled in the area as Burnaby grew. Now it beckons a new generation who are attracted by its walkability, proximity to Vancouver and community vibe.
A short drive to the east along Lougheed Highway, the area around the Brentwood Town Centre mall is being redeveloped with new condos, office towers and shopping concourses.

Willingdon Heights is serviced by a number of bus routes that connect to SkyTrain at Brentwood and Gilmour stations, as well as to express routes along Hastings Street that link downtown Vancouver and Simon Fraser University.
The neighbourhood is also close to major commuter routes like Lougheed Highway and Highway 1.

Willingdon Heights is comprised mostly of detached single-family homes, but new development is increasing the supply of condos and townhouses. 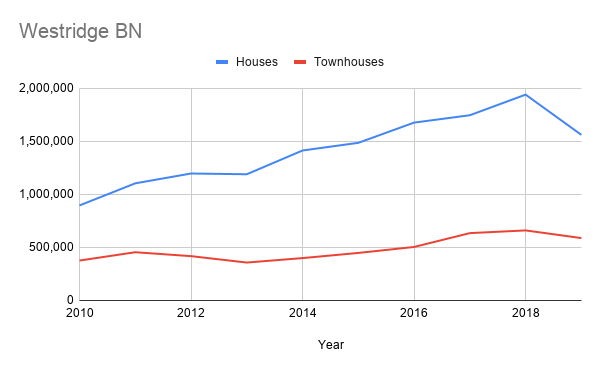